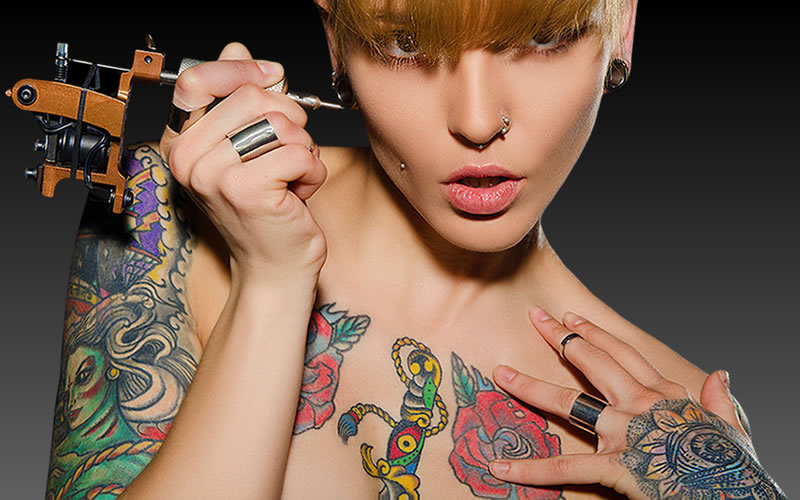 Why Have Tattoos Become So Popular? I vividly remember the local Tattoo Studio in the market town nearby to the place that I grew up. Through the eyes of a curious 12-year-old, it stood out among the other shops like a mythical place.  Back then, Tattoos weren’t as popular or at all common, often hidden under clothing or treated as the kind of subject that raised an eyebrow.

A few years later, I entered a Tattoo Studio for my first navel piercing, I remember feeling giddy with anticipation and very grown up. Back then I was a huge Spice Girls fan, they had Tattoo’s, crazy clothing and a whole load of sass, and I wanted to be part of that gang. Fast forward 20 years and having a Tattoo is almost as normal as having a cup of tea.

In an attempt to answer my own question I turned to Google, I also asked my friends and colleagues here at Tattoo Insure. The general consensus is that around 15 years ago, with high profile footballers such as David Beckham appearing adorned with body art, the outlook towards Tattoo’s started to change. All of a sudden more Tattoo Studios were appearing on British high streets, my friends were booking up Tattoos and working on researching designs, the Tattoo Boom was in full flow.

It has been said that Tattooing dates back to Neolithic times.  I read that “Ötzi the Iceman,” found in the Alps and dating from the 5th-4th millennium BC, had a number of tattoos on his body. Every person I spoke to had a slightly different reason for getting a Tattoo, from the familiar ‘I really fancied one’ to ‘It’s my form of personal expression’. I know people with “26.2” Tattooed to celebrate completing a marathon, my Mother In Law expresses her love for The Beegee’s with her Tattoo.

Some people are drawn in by fashion, Pinterest is fast becoming a big source for design inspiration, whilst others want something limited edition. The divide became clear when I asked ‘Is it possible to stop at one?’ I heard stories of regret, a change of heart and/or plans for future designs, the answer is totally dependent on to whom you ask the question.

Today, an estimated 20 million Brits have at least one tattoo…

Here at Tattoo Insure we are proud to be a part of such an ever-expanding industry, as your business evolves so do our policies. If you’re considering becoming a part of the Tattooing, SPMU, Body Piercing or Laser removal industry, give us a call and we can guide you towards the right cover for you.